THE LEGEND OF SLEEPY HOLLOW...

SLEEPY HOLLOW is always associated with my grammar school days, in Long Island...

I love the 40s...I like the music (especially the jazz of those days, the kind of jazz I still like, even though I was a mere sprig in those days!)  I heard the music and I saw the movies, because my parents took my sister Cynthy and me many a time to local theatres, first to what was an old former vaudeville house in Freeport, Long Island (a town next to our town, Merrick) which had now morphed into a movie theatre. (My mother saw Sophie Tucker and Eddie Cantor at various times in that same theatre during the vaudeville years.)  Later on, in the 1950s, we went to a wonderful art movie house in Malverne, another Nassau County town, where we saw early Alec Guinness films (Kind Hearts and Coronets) and Somerset Maugham short stories made into films, such as Quartet. I remember that when we were in Freeport, we often went and had dinner in a little restaurant near the theatre, Bouloukos, where my sister always ordered the egg salad sandwich and chocolate ice cream (I can't remember what I liked.)  In Malverne, there was a local tavern which had a marvelous hamburger and french fried onions where we went before or after the movie, food linked with a movie always a good idea.

Will digress once again...when in grammar school but just old enough to go on a Saturday jaunt by myself with my friends, we, my girlfriends and I, would take a bus down Merrick Avenue to the Long Island Railroad Station, and go one stop to Freeport, where the matinee ticket was $.25.and the transportation costs minimal compared to today!...all this I can well remember, as it kind of fit with the informal sort of allowance I had in those days. Not only was it "affordable" by myself and my friends, but we were allowed by the management of the movie theatre to stay and watch the whole movie (often a double feature which they had in those days) for a second time, turning the whole day into a many-hours event. My girlfriends and I went to view one particular movie, "Milllion Dollar Mermaid" several times one particular Saturday, a movie starring  Esther Williams about the life of Vaudeville star,  Annette Kellerman, a champion swimmer who appeared in a giant "fishtank" on stage.)

From Wikipedia about Annette Kellerman:

"Kellerman was famous for advocating the right of women to wear a one-piece bathing suit, which was controversial at the time. According to an Australian magazine, ‘In the early 1900s, women were expected to wear cumbersome dress and pantaloon combinations when swimming.’ In 1907, at the height of her popularity, Kellerman was arrested on Revere Beach, Massachusetts, for indecency - she was wearing one of her fitted one-piece costumes."

So at the end of the movie, Kellerman was swimming in the tank and the glass broke and all hell broke loose as we, my friends and I, burst into tears. When the same happened again the second time we saw the movie that day, we totally enjoyed the subsequent outburst of tears, finding it a most satisfying day!

And back to SLEEPY HOLLOW...

In school, same years, same friends, we had a principal, Mr. Zachary, who took a very formal approach to our weekly assemblies: he would wait till we were all assembled in our seats (glad for the respite from classroom struggles) and he would enter the gym with a swift walk through the assembled seats up to the stage where he would lead the Pledge of Allegience, followed by a reading from the Bible (as it was the 1940s, this was normal procedure in schools.) When he finished these, the "entertainment" of whatever sort, would ensue. Sometimes a school play. Sometimes something like a documentary, one of which was titled "America's Garbage"...we saw this movie a number of times whenever no other movie was available. Huge pictures of dump trucks heaping loads of stuff into other vehicles...and a stentorian voice hailing "America's garbage" as if it were a national product. Still, we were glad to be there watching something, anything other than being back in the classroom! But the one thing, one and all, every one of us, hailed with pleasure, was when they brought out from the mothballs the great black and white cartoon of The Legend of Sleepy Hollow.

I can remember it very well (and wish I could view it now!):  Ichabod Crane and a bunch of people all in a barn somewhere, dancing, and the floorboards bouncing up and down quite jauntily as they danced. Then, the scary scene outdoors, the dark of night, as the gangly and vulnerable-looking Ichabod was going home on his horse and saw a terrifying figure coming towards him, the headless horseman. This black and white cartoon so very dramatic, full of wonderful graphic imagery, the figures dancing in the barn so rounded and cheery, then the scene outside, in the night...

So back again to SLEEPY HOLLOW...

This is a new television series this fall. Because of my memory of the cartoon, I felt intrigued to watch the first episode and found it quite wonderful. Without going on at too great length, there is a blending of past and present in Sleepy Hollow, so much of it filmed at night and so beautifully. Here is a quote from the NY Times review of the show:

From Neil Genzlingers’s review in the New York Times, September 15, 2013
“An Ichabod Crane With Backbone (but Can He Use an iPad?)”

“... Fox’s “Sleepy Hollow” gets the new television season off to an outlandish and rather entertaining start on Monday night as Ichabod Crane and the headless horseman of Washington Irving’s 193-year-old short story turn up in the 21st century. “

I include several photos here which relate to all the above: 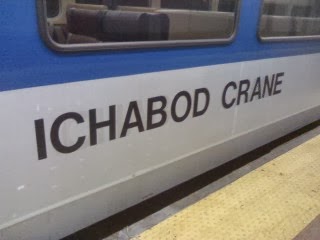 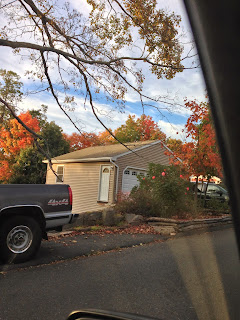 Posted by Alexandra Sellon at 8:14 PM

My favorite post yet!!! Will write more later, but I love the story of you and your girlfriends and the cry-fest over Esther Williams, so funny and sweet!