The Little World of the Balcony...

I've been at a disadvantage for some months, trying to grapple with an aging computer which itself was grappling with the surge of change in computerdom. So now am in possession of a new computer, and looking forward to the pleasures of the blog again.

During this previous extremely snowy winter, I had a large ochre-colored flowerpot, of curving and commodious size and shape, which I foolishly, unknowingly, left out on my balcony to winter over. In spring I found a sad change had overcome it:  the entire glaze on the bottom of the pot must have been shocked from the repeated layers of ice on the balcony, and when I picked up the poor pot, I found it had discarded its entire glaze from the bottom half, which now lay like discarded snowflakes in the plastic pot underneath it.

Here follow pictures that illustrate the damage and yet the enduringness...

First, a similar flower pot (but in avocado green) which will show you the grace and nice size of the pot.

Next, the pot as it is now: the top half still ochre, the bottom, raw terra cotta, but still quite nice, reminding me of a zen pot. The next photo is a small moss garden that manifested when winter was waning: it possessed a mat of moss, a tiny bird feather, and a curled up leaf.

The third picture is the plastic pot I had nested the ochre pot in out on the balcony, where you will be able to see at the bottom the myriad little squarish pieces of the glaze making yet another kind of aesthetic pattern.

I like the word "enduringness", as, before this transformation,  the ochre pot, like its avocado brother, was always inside and comfortable, cozy as if before a hearth. Its maintaining itself, the roundness and sturdiness, sans the "slip", the glaze of golden color, shows a kind of innate courage in that which wishes to endure.

Here are the photos: first, the pots, then some other denizens of the balcony... 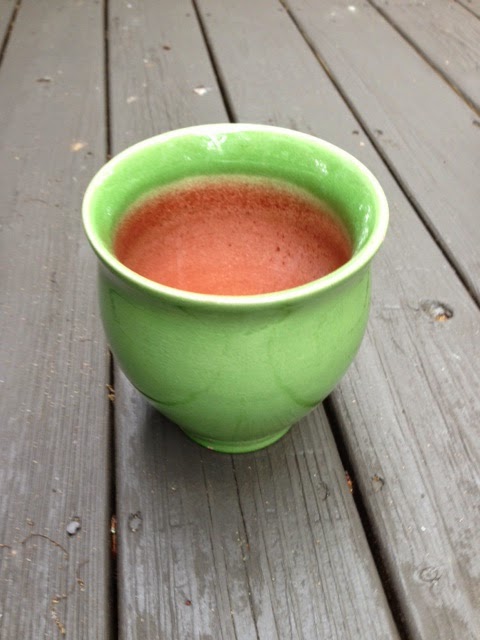 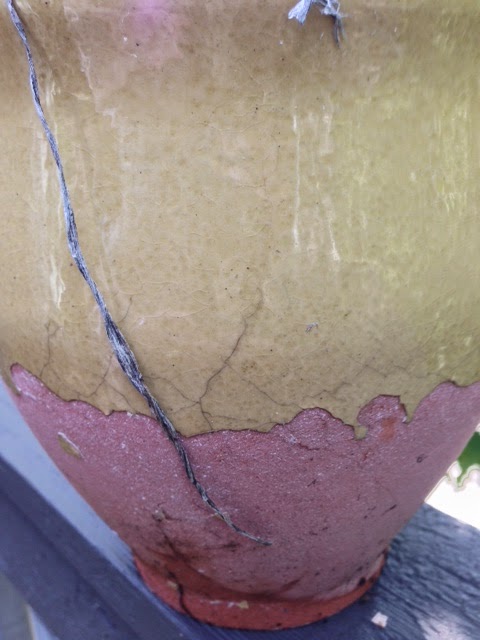 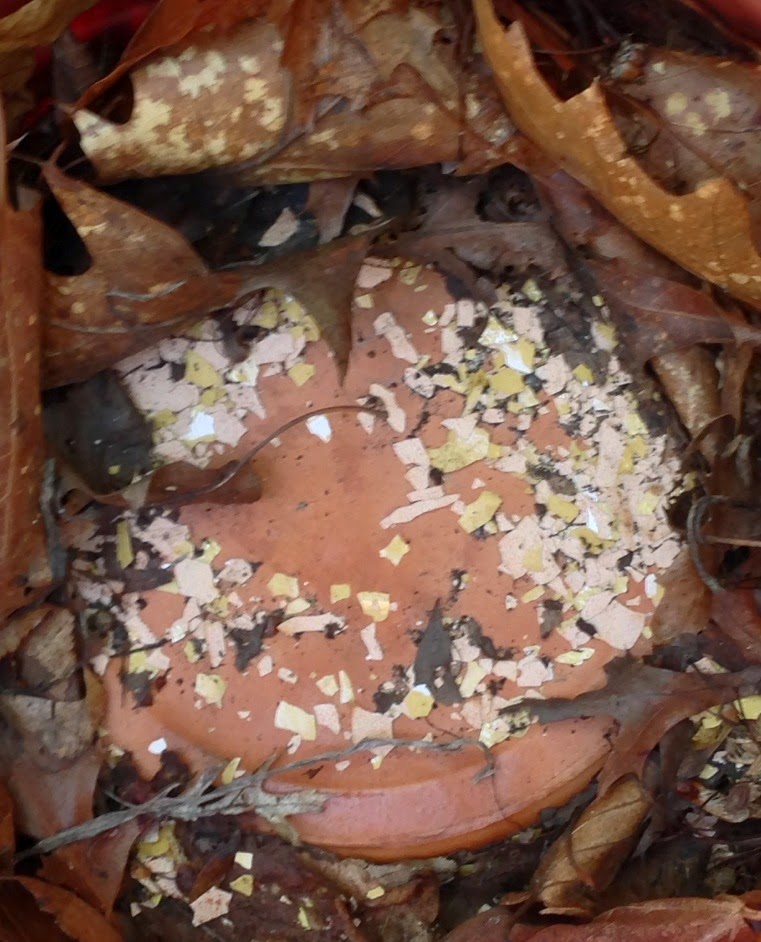 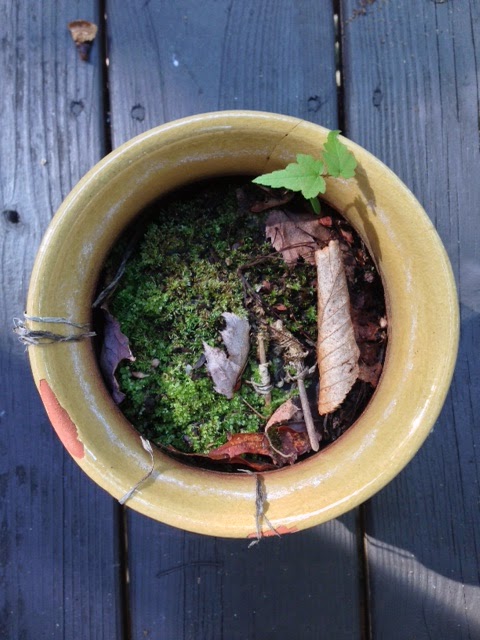 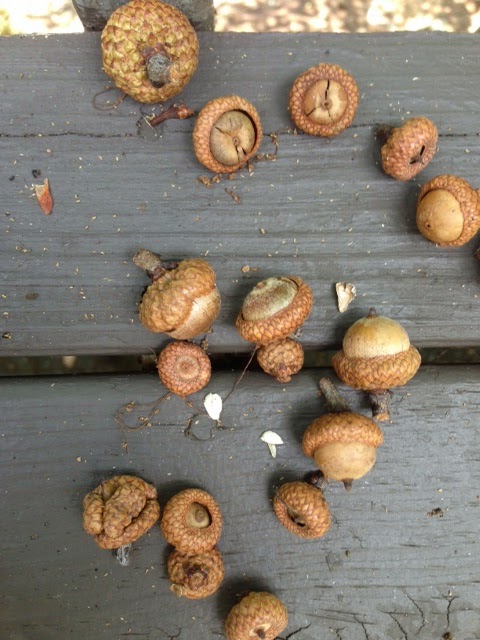 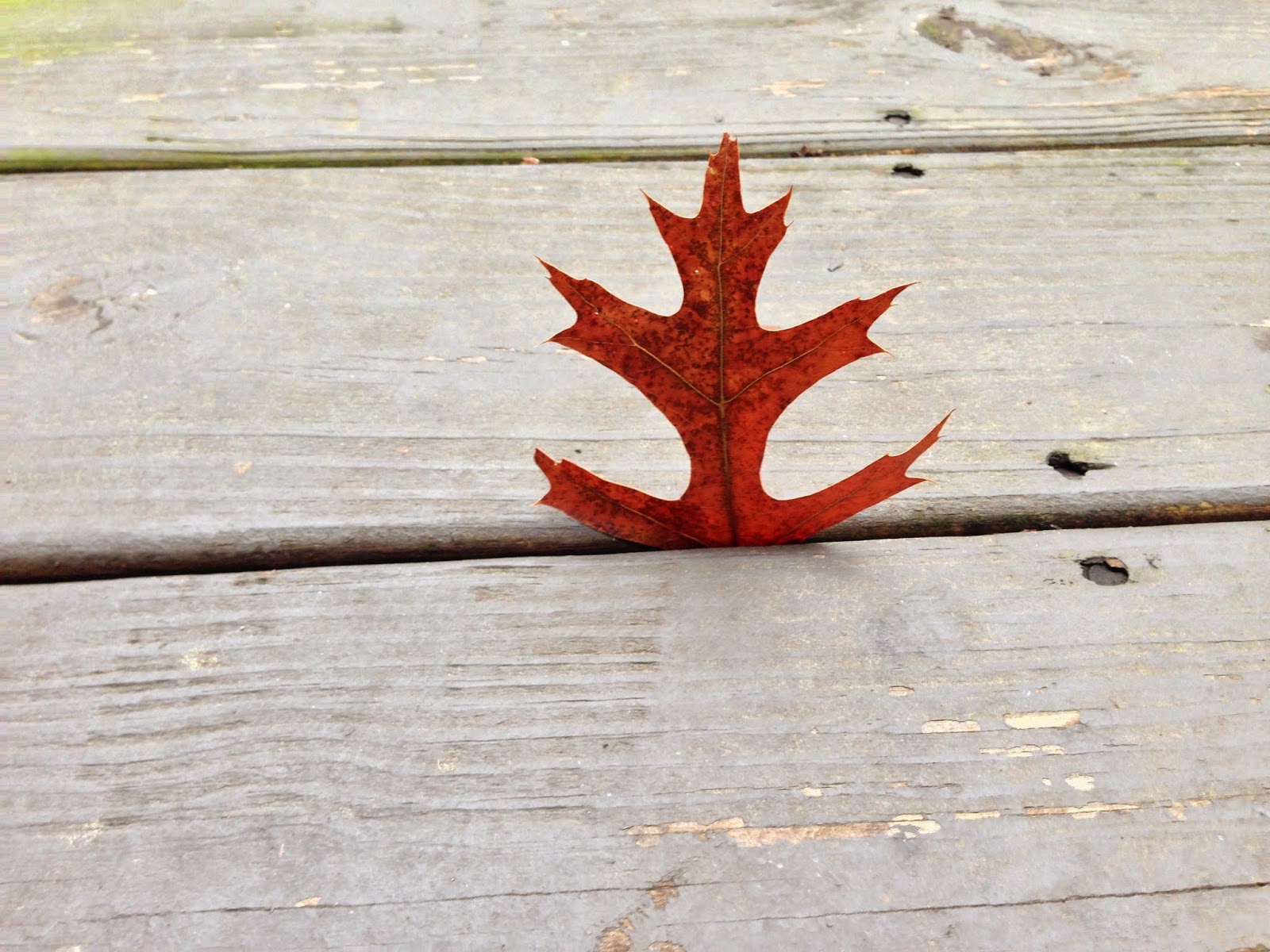 Posted by Alexandra Sellon at 1:14 PM

So glad you are back! Another wonderful post with beautiful photographs. Love your descriptions of the pots and the subsequent "enduringness" (such a great word!)

Yes - glad you are back to the blog! I have always loved interesting and beautiful flower pots. The one with damaged glaze is still lovely to look at and love the little moss garden inside.