One NYC plant = 30 plants in Connecticut

Many years ago before moving here to Branford, I used to take a wonderful class in New York City with a special teacher, Milton Feher. I will post some information later on about Milton and his ideas about dancing for health and relaxation, but first, his studio and home were at 200 West 58th Street, and as I came and went to classes, I would walk right by the Horticultural Society of New York. Their ground floor windows were filled with an array of plants, and inside the door was a shop with plants for sale that they raised in their own greenhouses. I started buying plants there and one in particular, a special kind of jade plant (or Crassula) was still thriving when I moved from New York here to Connecticut. (See some information below about the Horticultural Society, which has now moved from 58th Street in NYC to West 37th Street.)

I thought I lacked the green thumb completely back in New York. Every nice plant I had would eventually fade away. But once here in Connecticut with windows facing all directions, my luck changed...the more copious sunlight via windows on several sides of my apartment was much to the betterment of plants.

The "mother" plant from the Horticultural Society shop gradually grew very large and ungainly and I had to re-pot it several times, the stems becoming so attenuated it seemed destined for the compost heap. So I had to do some "surgery" on it, hating to do so, and placing the cut-off stems into water, putting some of them away from light, and others right in a sunny windowsill (ever experimenting.) And to my pleasure, I would gradually find tiny frail threads of roots coming from the bottoms of the stems. These were the beginning of many of the plants I have now. Using cactus potting soil, I plant the root-festooned stems in small pots, and after a period of time, each become the little brothers of the original cactus from the Horticultural Society. (See photos below showing the stub of a truncated "trunk", and then the resulting little bouquet of new baby leaves at the top.)

If a particular plant's stems have grown so tall that the "trunk" cannot sustain the stem vertically and you find yourself propping them up with chopsticks and such, just cut about halfway down (or even lower on the stem) and place the long bits into water, keeping the "truncated" part happily in the sun, and watered. But I only water cactuses (cacti?) once a week, giving them then a generous lot of water. The newly-cut trunk will lack leaves for a while but is far from over on its quest to proceed with life. In due course, you will find tiny little green leaves emerging from the top of the trunk. And the trunk will have gotten thicker over time, benefiting from the removal of the long leaf-filled stem, and then will look lovely with its little garden of leaves emerging.


My mother had nice house plants. Dad took care of anything growing outside in the yard, and Mom took care of the indoor plants. She told me she had been advised over the years never to water a plant just a little bit, as the water won't get down to the roots. Rather, wait till the pot and soil is well dried out, and then give it as much water as it will hold. (I have a water filter faucet next to my kitchen sink and like to mix that filtered water (which is cool, not icy cold) with some warm water from the regular tap...that gives them something like room temperature water, rather than cold...I think they are much like ourselves, wanting to feel comfortable and "unsurprised" by events.) I usually go around each pot in circles putting the water with a long watering can spout just under the leaves and going around and around slowly so the water seeps down into the dirt. Mom said they much prefer lots of water once a week, rather than little bits every couple of days, so I adhere to that.

Pictures follow, including one big photo of the small guys lined up next to the original New York City Crassula at the left: 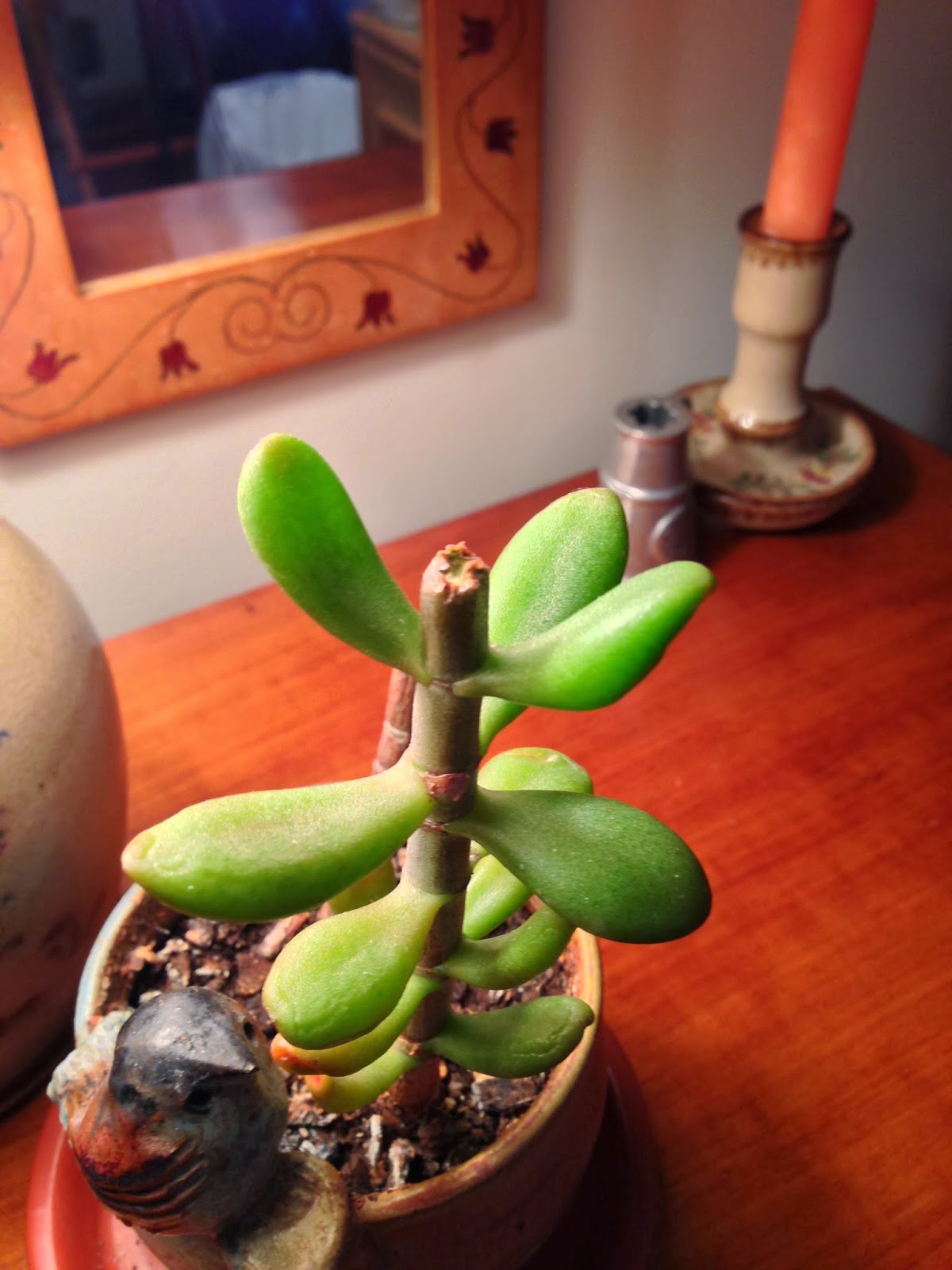 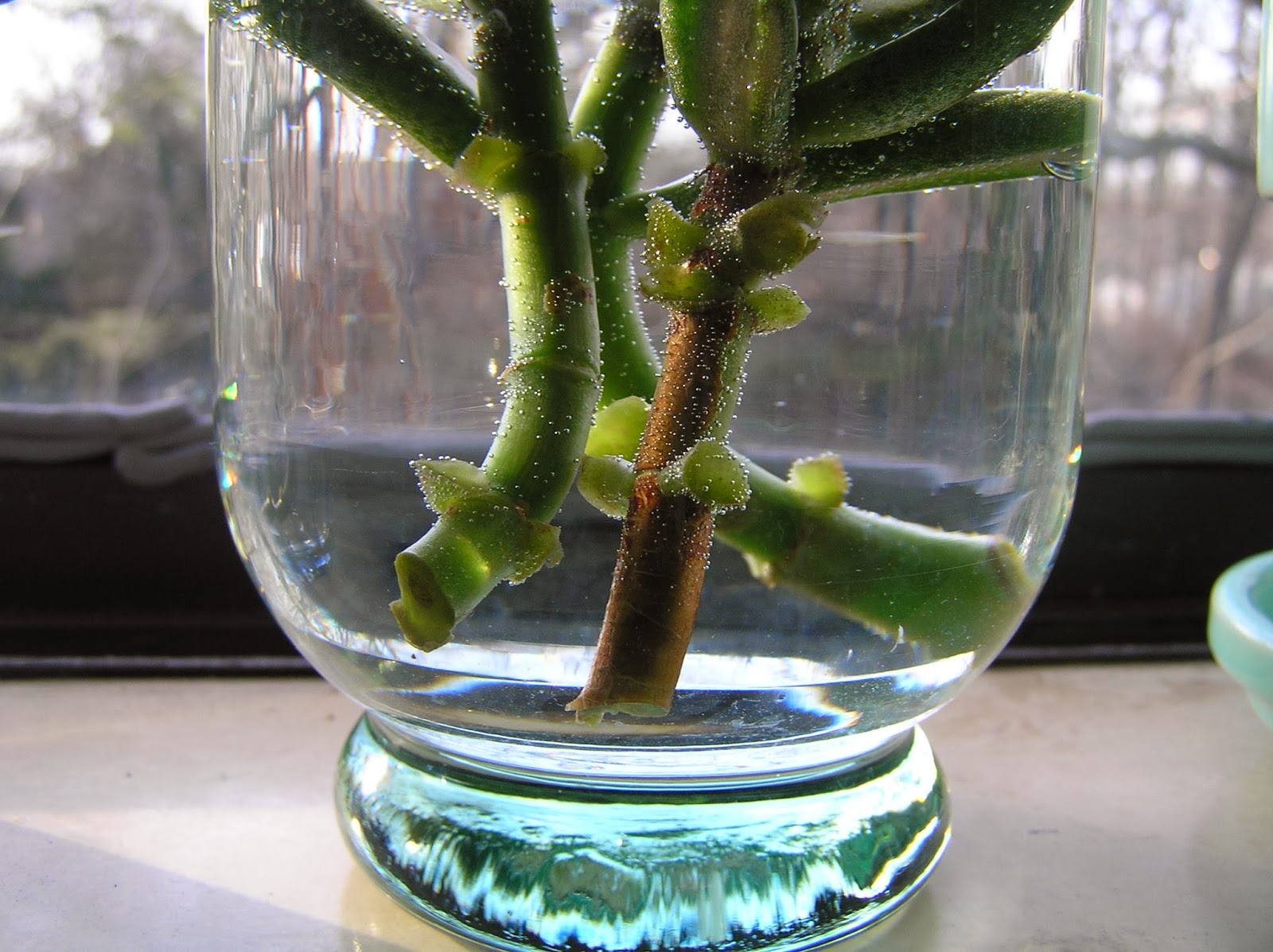 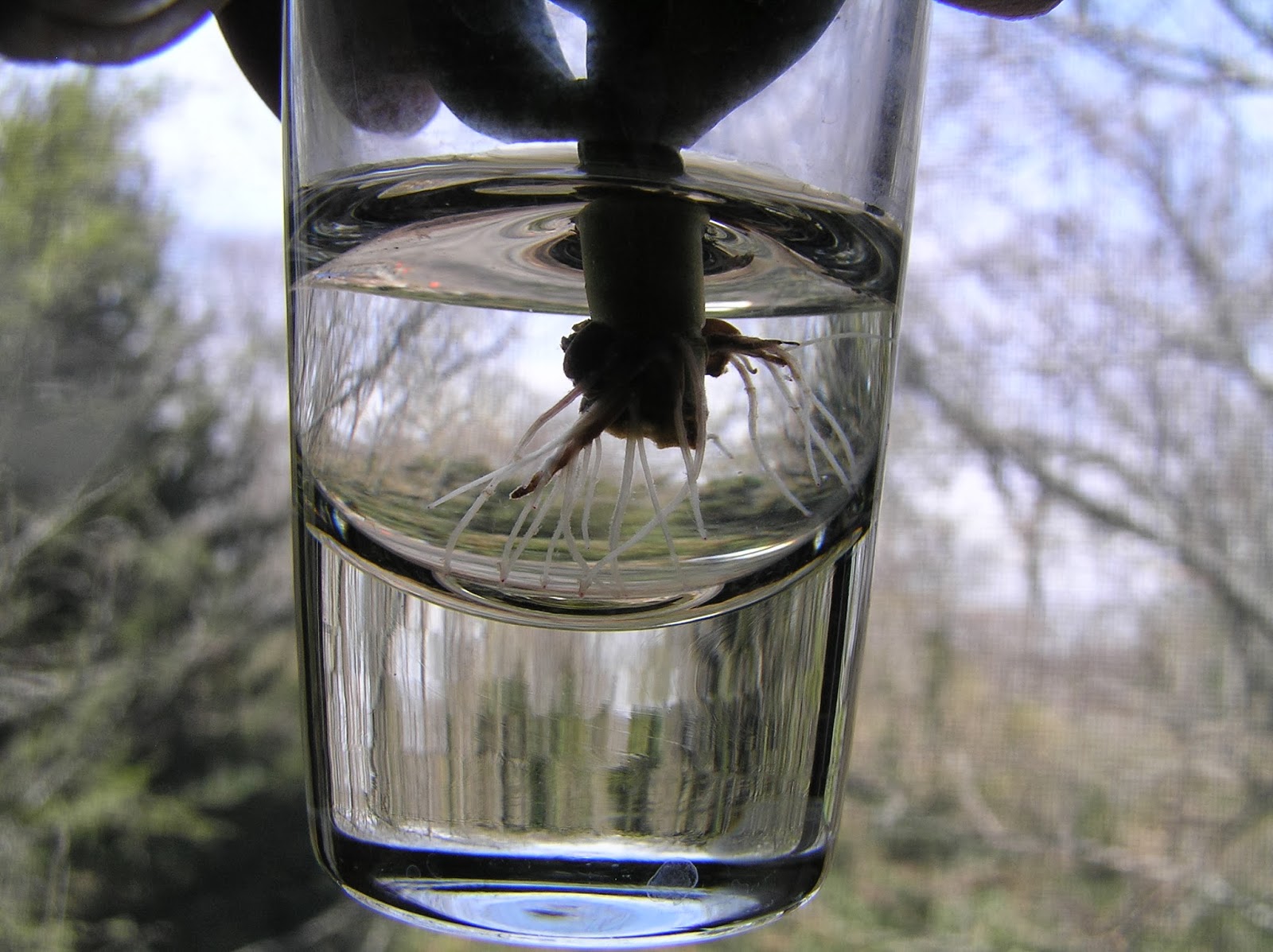 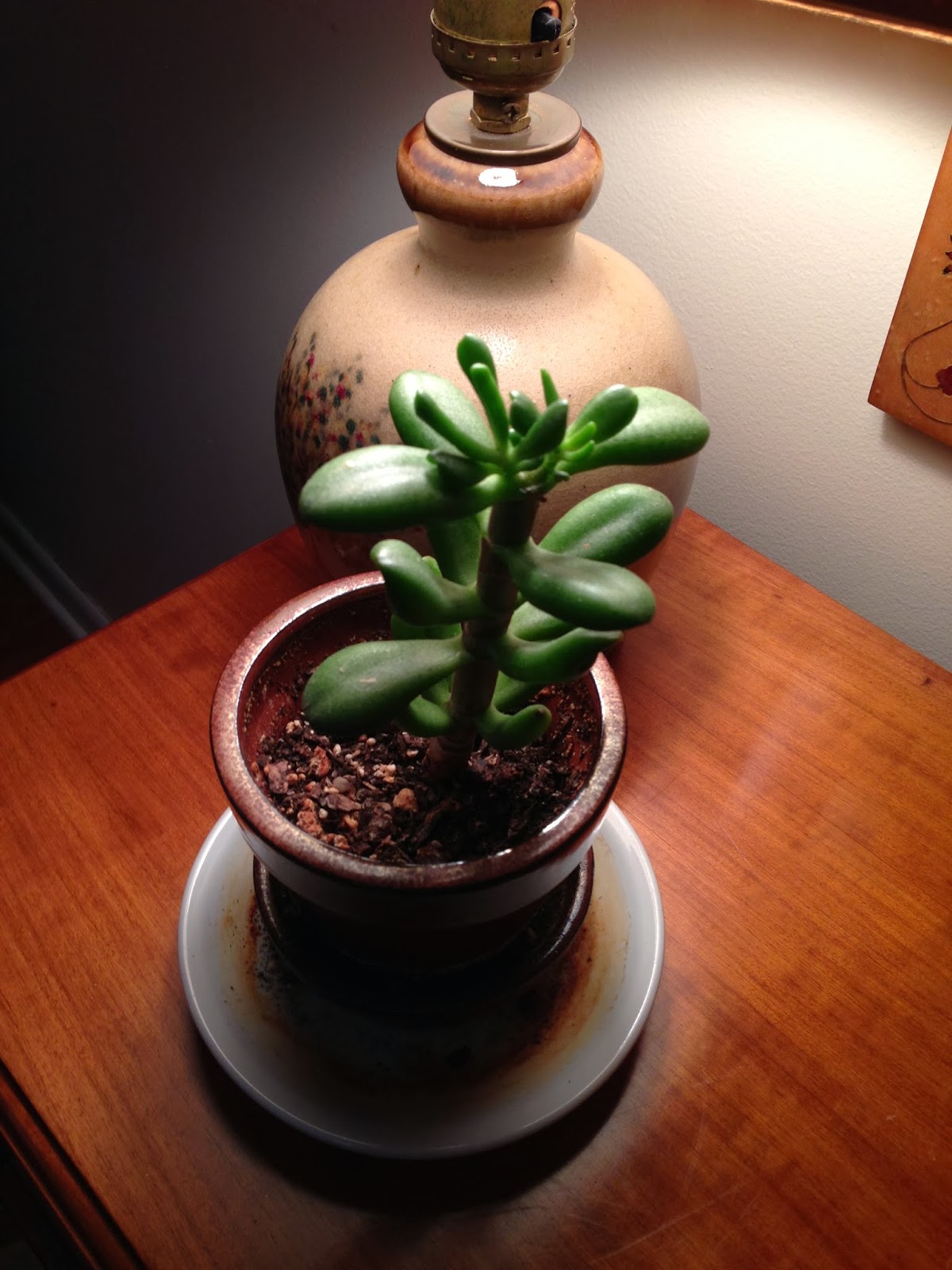 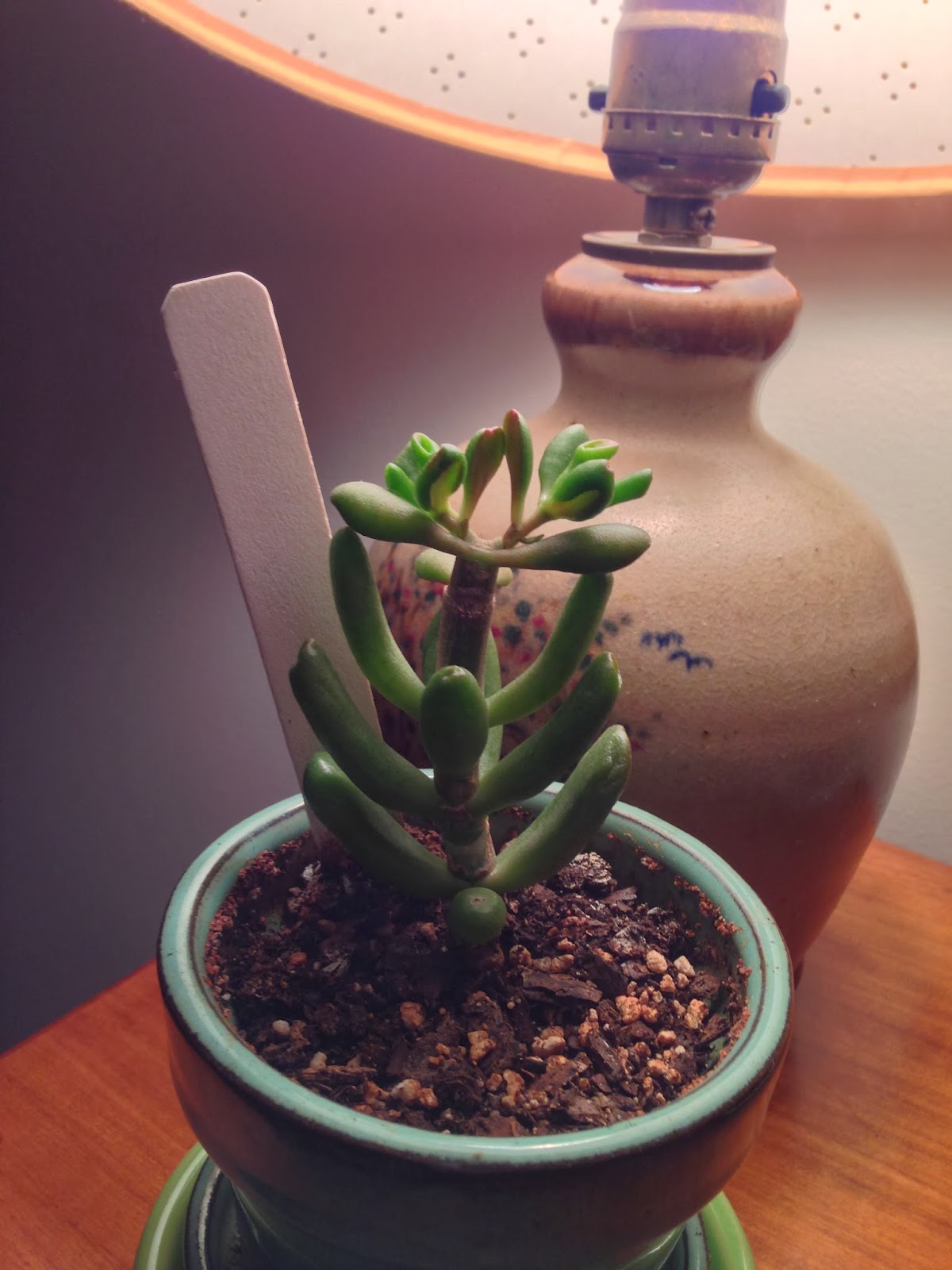 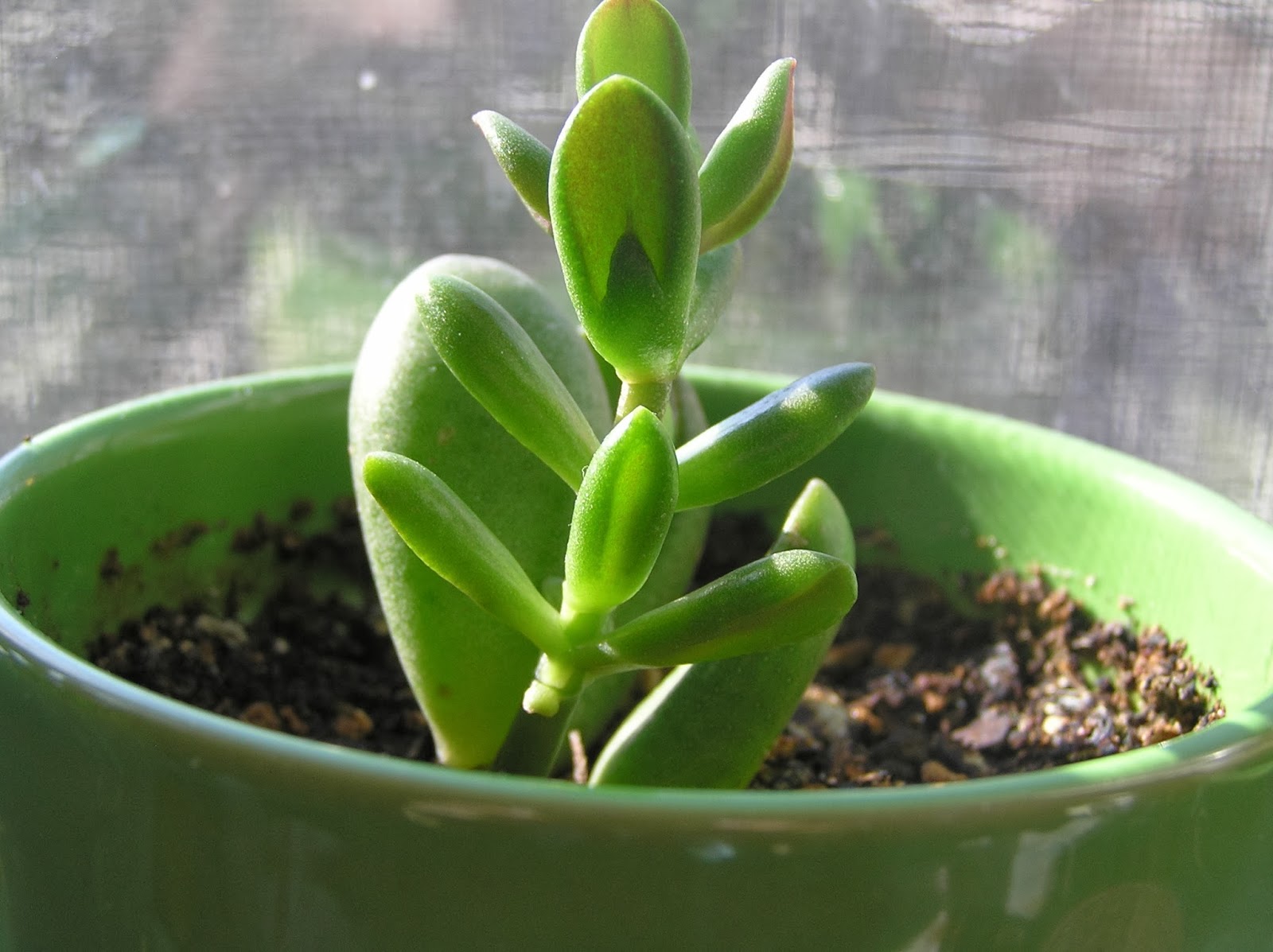 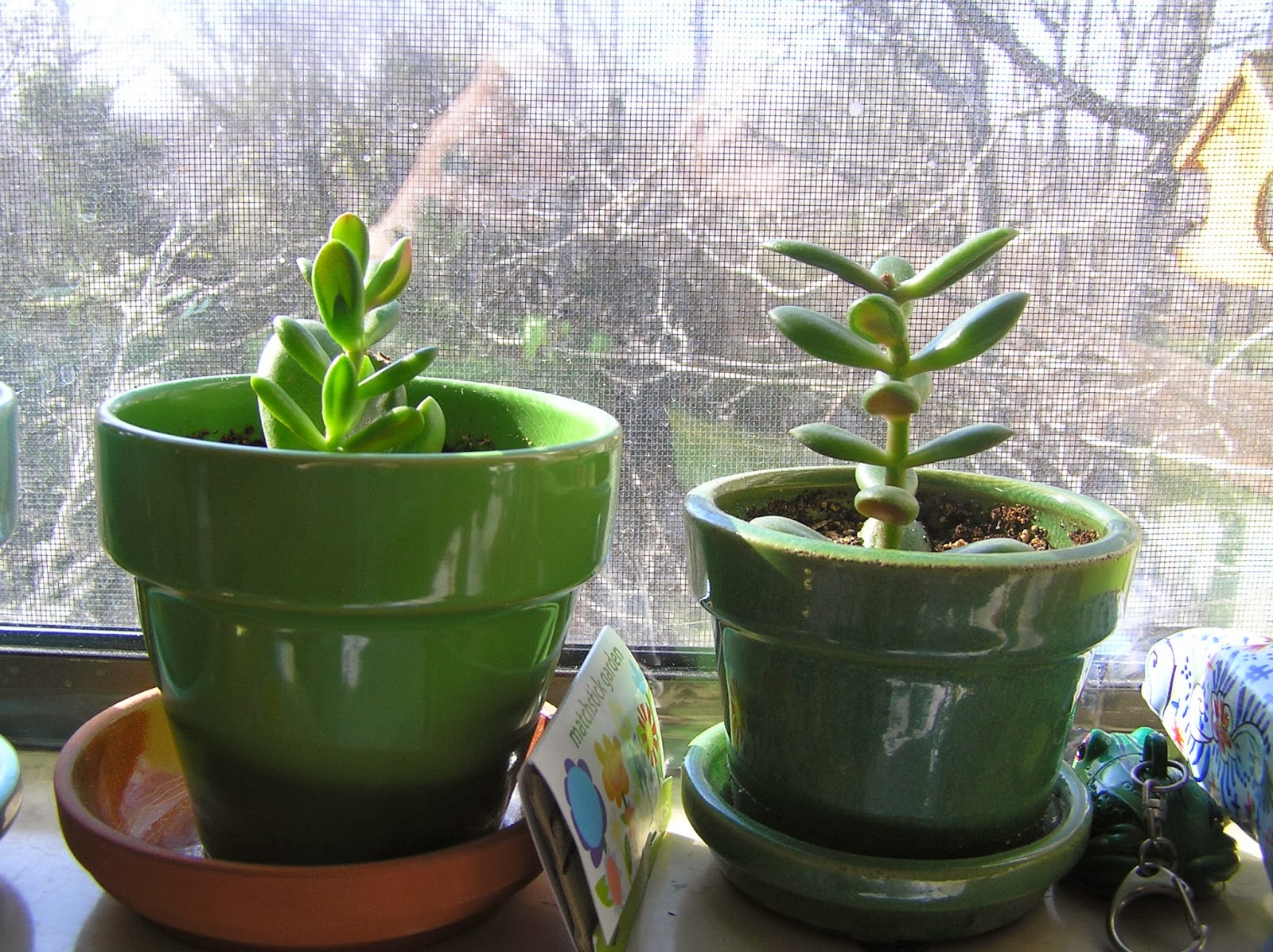 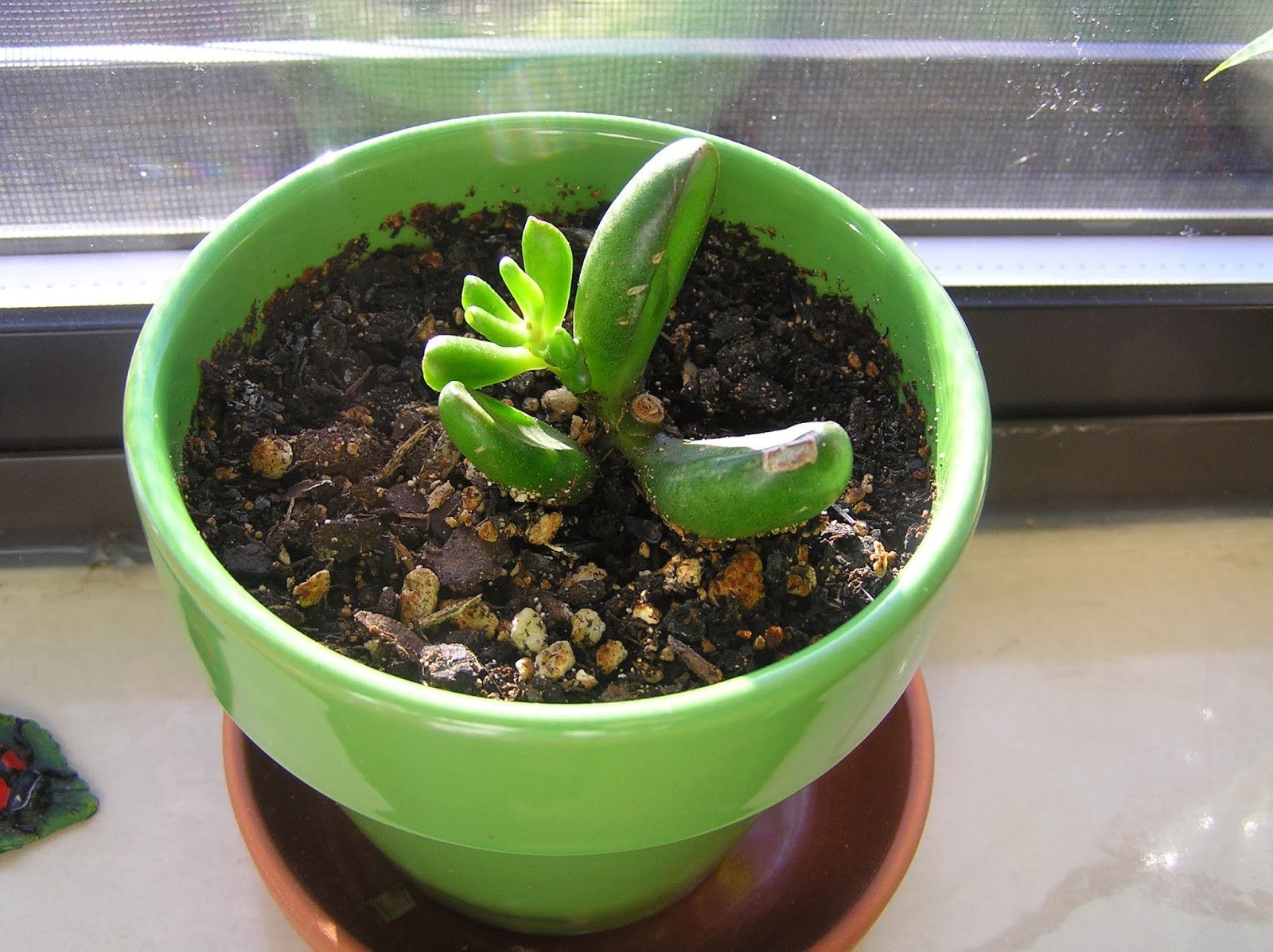 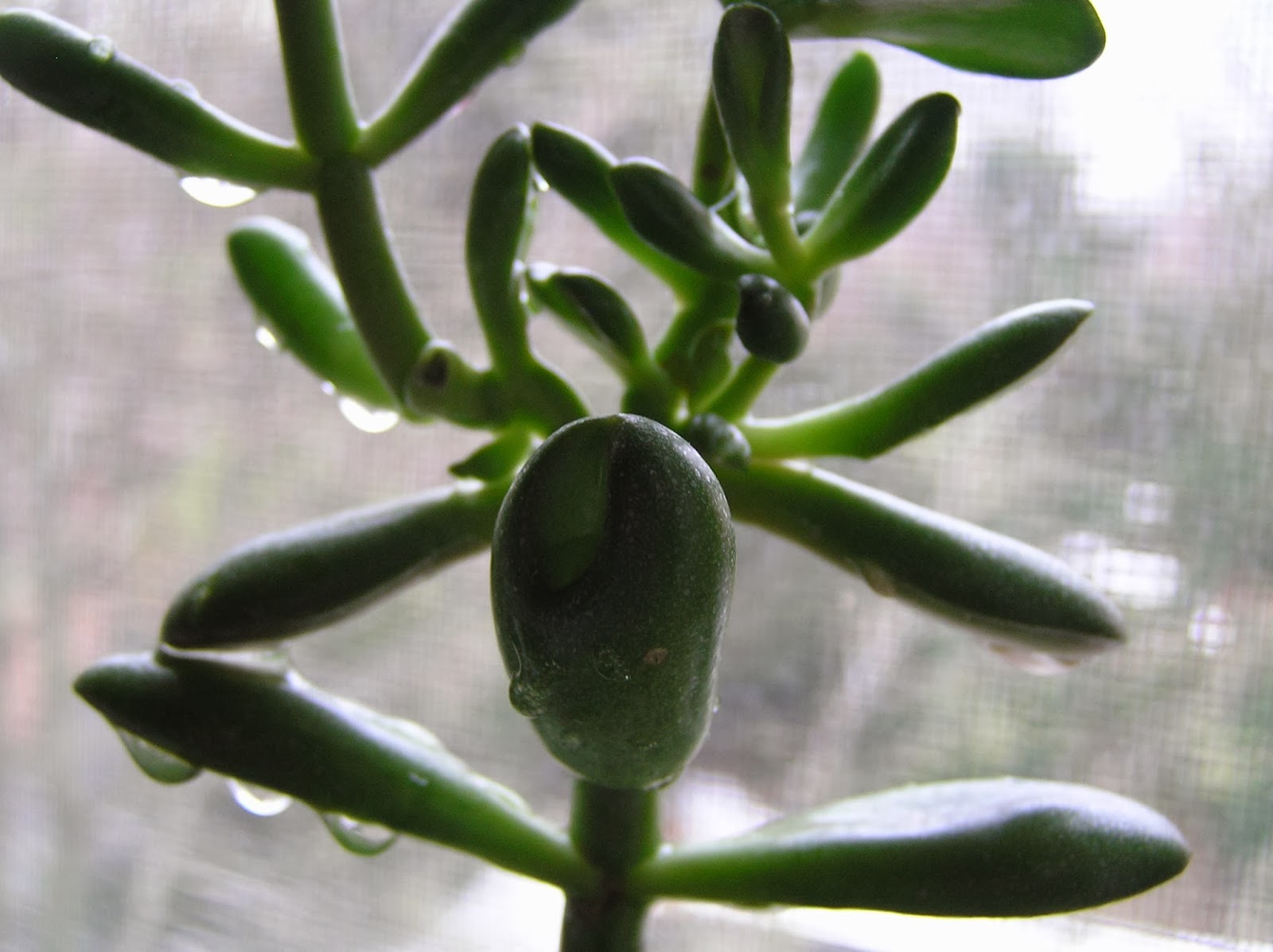 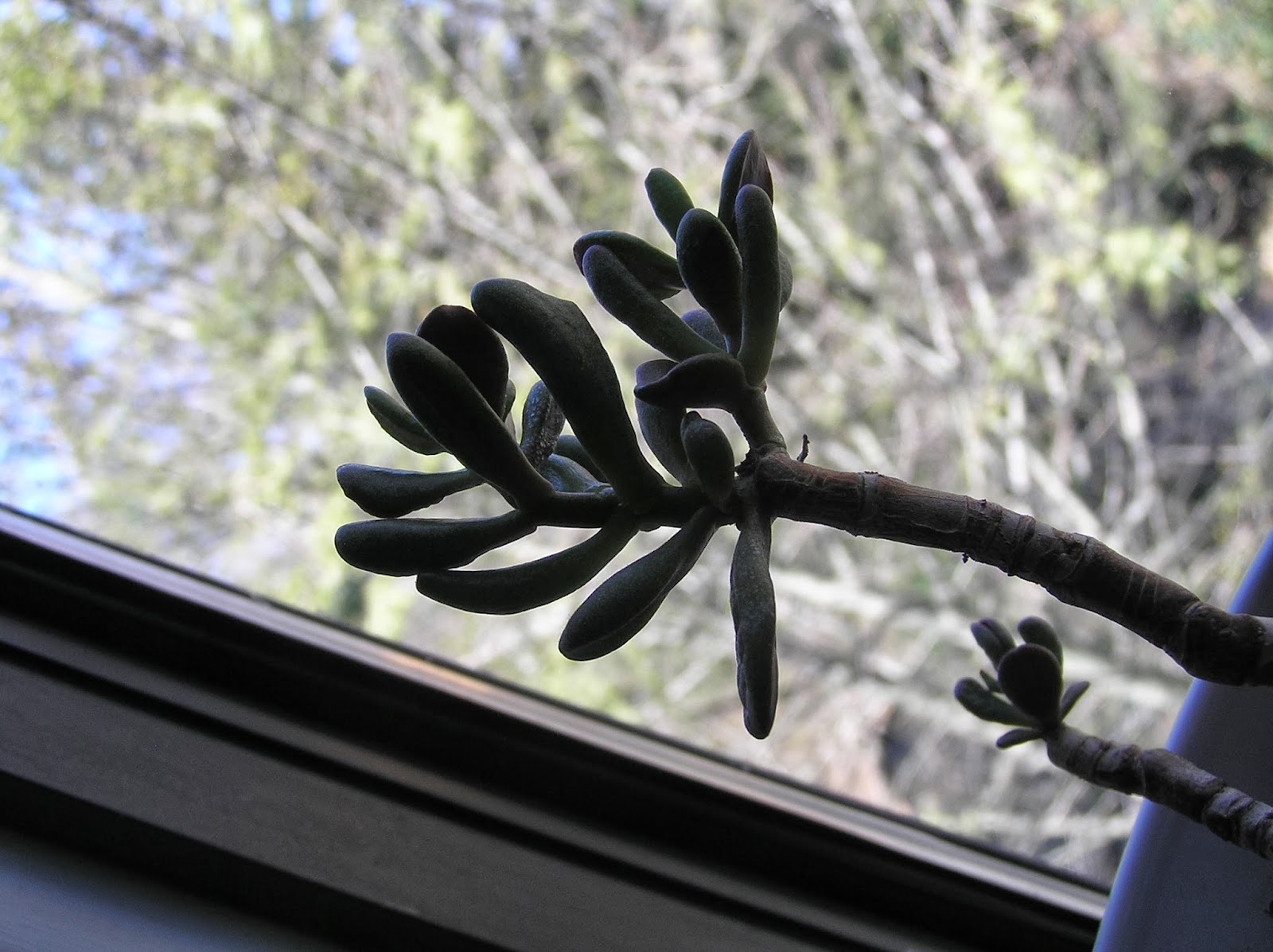 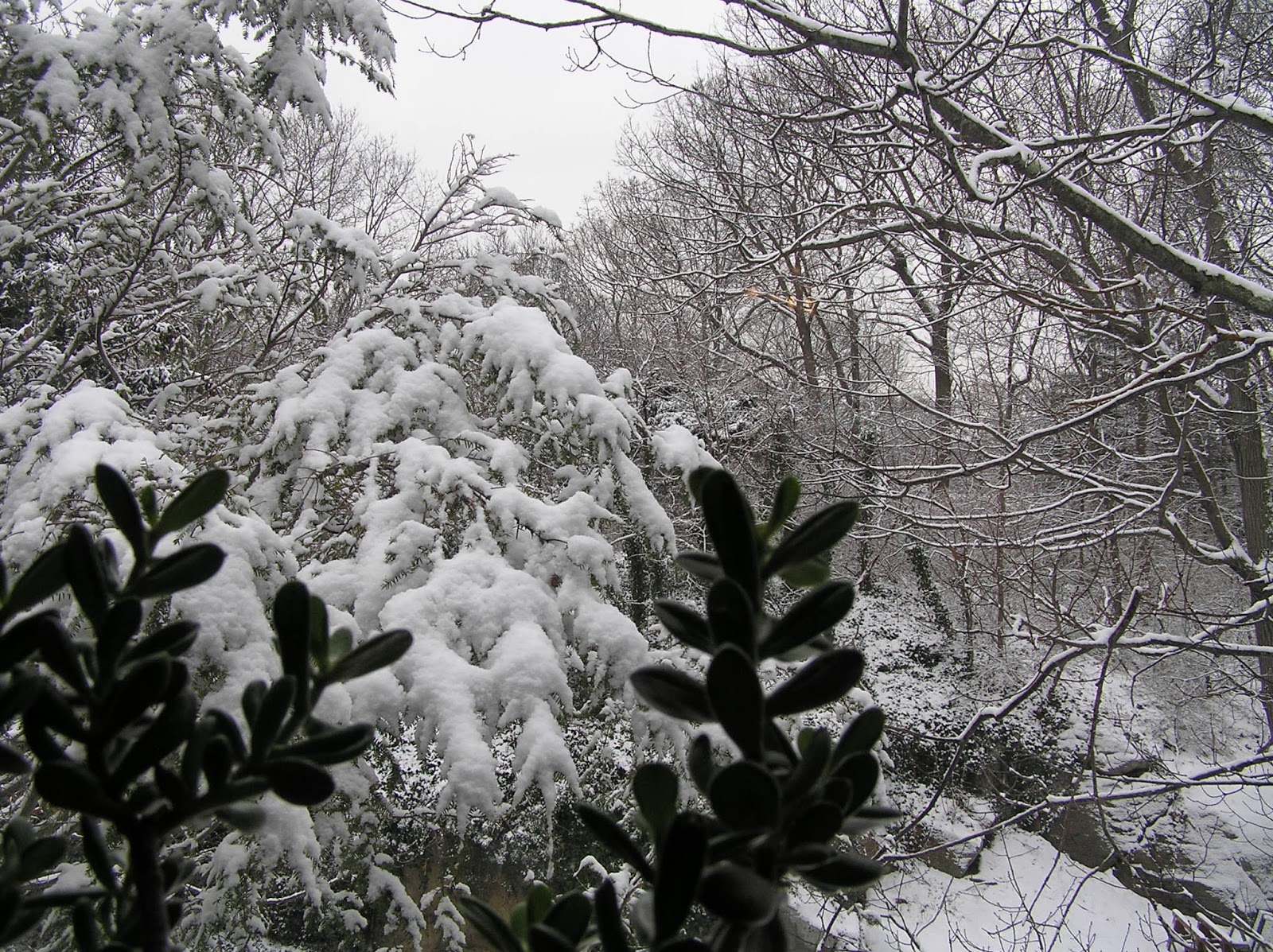 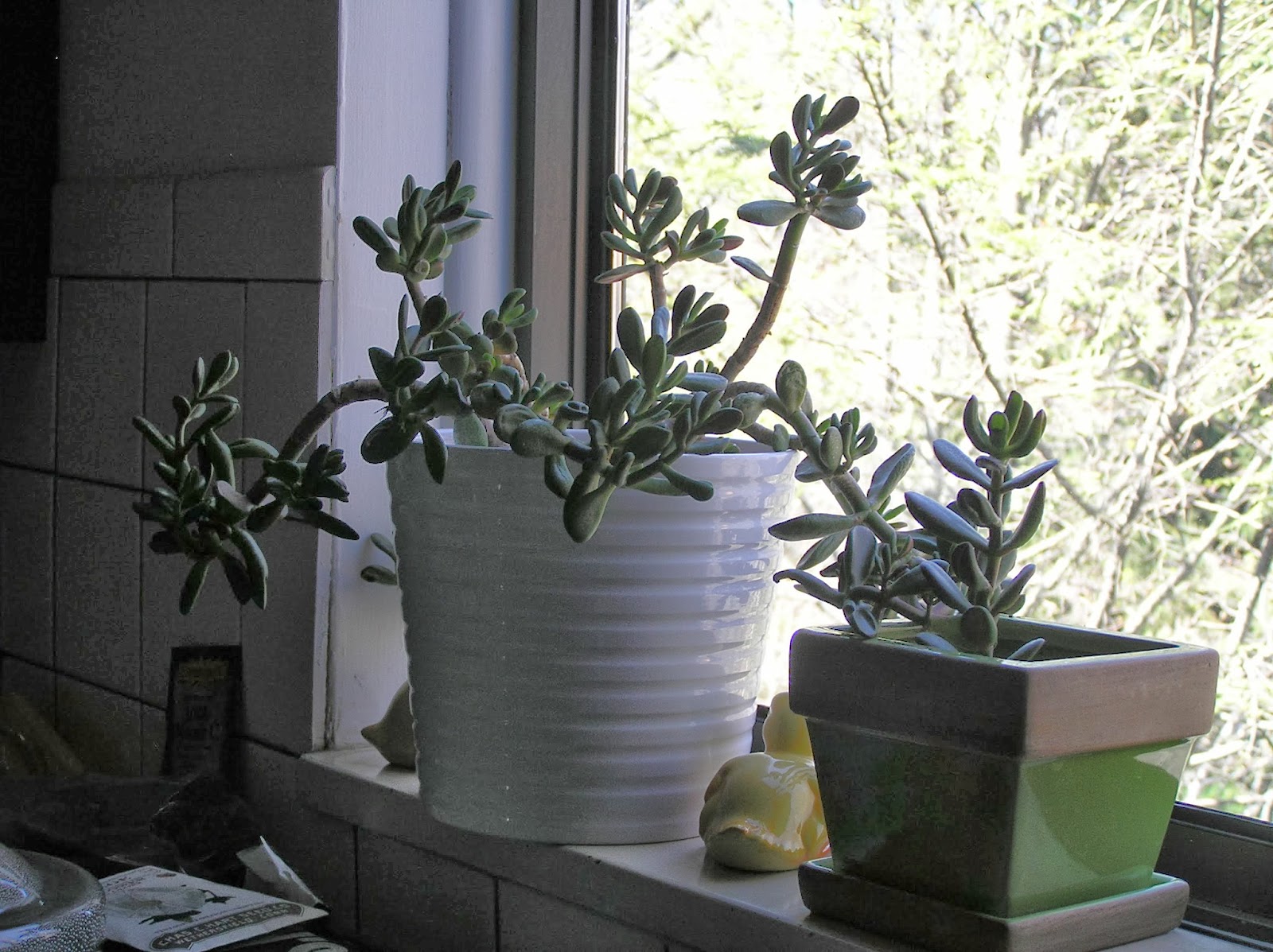 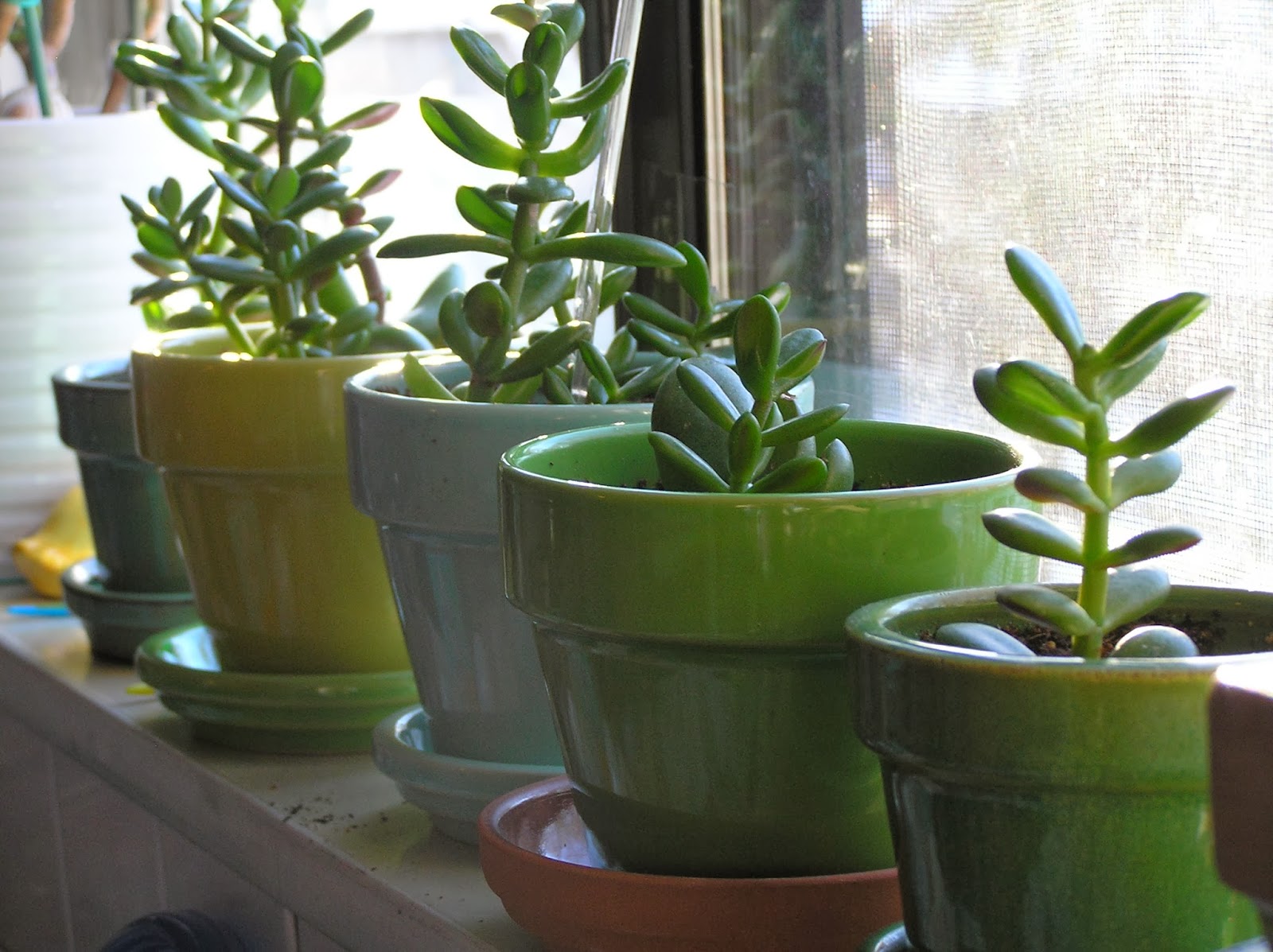 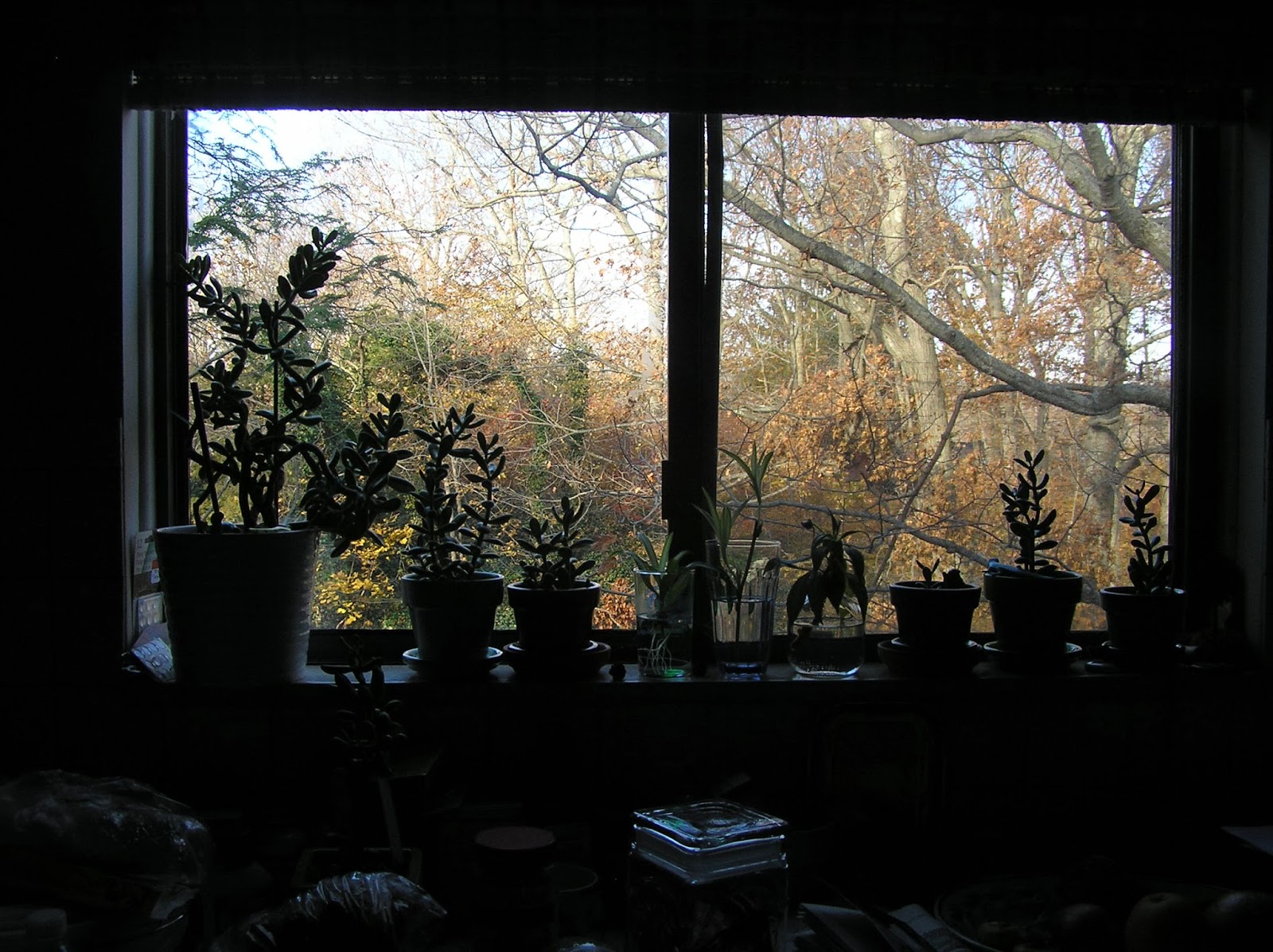 The Horticultural Society of New York, 148 West 37th Street, 13th Floor
(They have periodic exhibits of art by a group of wonderful botanical artists.)

Today, over 100 years later, we are still growing a community of urban gardeners. Our development reflects the changes in urban horticulture itself, from a focus on specimen plants and ornamental gardens viewed alone in their majestic beauty, to a holistic understanding that plants and gardens are inexorably linked to the health of people, wildlife and our environment.

At The Hort, we recognize the interrelatedness and complexity of the “green” issues in our city, and therefore the core of our efforts is to educate and inform across the spectrum. We still help New Yorkers know plants and gardens as aesthetic wonders, but now our programs and projects encompass urban farming, rooftop gardening, container vegetable production, bioremediation, storm water abatement, landscape design, vocational training, horticultural therapy and environmental literacy.

I will also be posting information up ahead about Milton Feher.

LOVE love love THIS POST! This gives me hope for the future of my houseplants. The fact that you have such a thriving little community from the cuttings of one plant (beautifully photographed, all of them) is uplifting and downright amazing to see. They really are a gift that keep giving. I love how you break down the process- It's suprisingly hard to find in-depth advice on the internet as far as taking care of houseplants. Usually it's the most basic information available "No direct sunlight", "Lot's of sunlight" or "Fertilize it". In other words, not very helpful! You go into much more detail which is what I need. I particularly love the suggestion for making the water room temperature; I think you are right in saying they don't like extremes, just like human beings. Thank you for the valuable tips and I look forward to future plant-related posts!

So many plants, so little time! I love the small guys, and the original NYer, of course. Thanks for helping my wife out with these great tips!