Two related stories recently appearing in the New York Times are akin to Animal Mysteries, but more like "Animal Marvels", and very clever people who made them operative!

#1... The link just below will take you to this fascinating article by Andy Newman which appeared in the Times on March 19, 2013. The picture below of Vivian Libby and her goat, Pretzels, caught my eye, and the article is full of interesting stuff, making one wish it were still 1934. 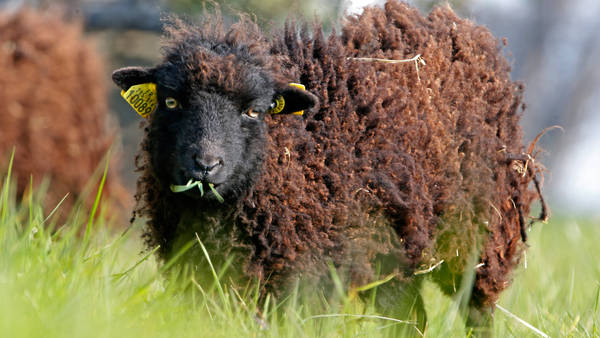 (Above: a still shot from video by Mariana Keller)

A version of this article appeared in print on April 4, 2013, on page A5 of the New York edition with the headline: Paris Employs a Few Black Sheep To Tend, and Eat, a City Field.
Posted by Alexandra Sellon at 11:34 AM

Love the name "Pretzels". And goats, such beautful animals!